Melbourne will host a one-off futsal spectacular when the world’s most decorated futsal player takes on a world-renowned football star at the State Netball and Hockey Centre on July 2.

Futsal Oz, the home of elite and social futsal in Victoria, is bringing together a dream group of futsal and football stars, competing against Victoria and Australia’s best futsal players.

The event, known as Futsal Oz Live, will see futsal god Falcao – the ‘Pele’ of world futsal – compete against Douglas Costa, a football star on the brink of international stardom.

Falcao is a professional futsal player, known for his skills, tricks and individual brilliance. He is a player in the Brazilian futsal team and has competed in all corners of the globe. This will be Falcao’s first visit to Australian shores.

Douglas Costa, another Brazilian player, has made his mark playing for German super club FC Bayern Munich in the ultra-competitive Bundesliga. Costa is a current member of the Brazilian national football (soccer) team and has played in Brazil’s two recent FIFA World Cup qualifying games.

Futsal Oz Live will feature three fast and furious matches of futsal, including the feature match that Falcao and Costa will play in, joined by a range of other special guests, including Rodrigo, the national captain of the Brazilian futsal team.

Falcao and Rodrigo will suit up for Fitzroy FC, while Costa will play for reigning Series Futsal Victoria champions Pascoe Vale FC.

The game will be a regular round of Series Futsal Victoria – regarded as the most competitive level of futsal in Victoria and Australia.

Futsal Oz Live will kick-off with a match between Series Futsal mens teams FC Balwyn and FC Carlton. That will be followed by a one-off representative game, featuring the best womens futsal players from Sydney and Melbourne and special guest Vanessa Pereria, the captain of the Brazilian womens futsal team.

It's an honour to be invited to play in Australia against some great futsal and football players.

Futsal is my life. I travel the world to play and I'm really looking forward to being a part of this unique game in Melbourne.

We are building up our preparations for the Futsal World Cup in Columbia soon, so this is a great preparation for me. I like to test myself against different players, and I've seen some of the Series Futsal Victoria competition and it looks like a strong league.

I've never played with or against Douglas Costa before. He is becoming a massive star in Brazil and it will be a nice feeling to play against him.

And I'm really excited to come to Australia. I've never been there before and I hope to see some sights as well as play in the event.

It should be great to play in front of a big Australian crowd. I will do my best to entertain everyone. 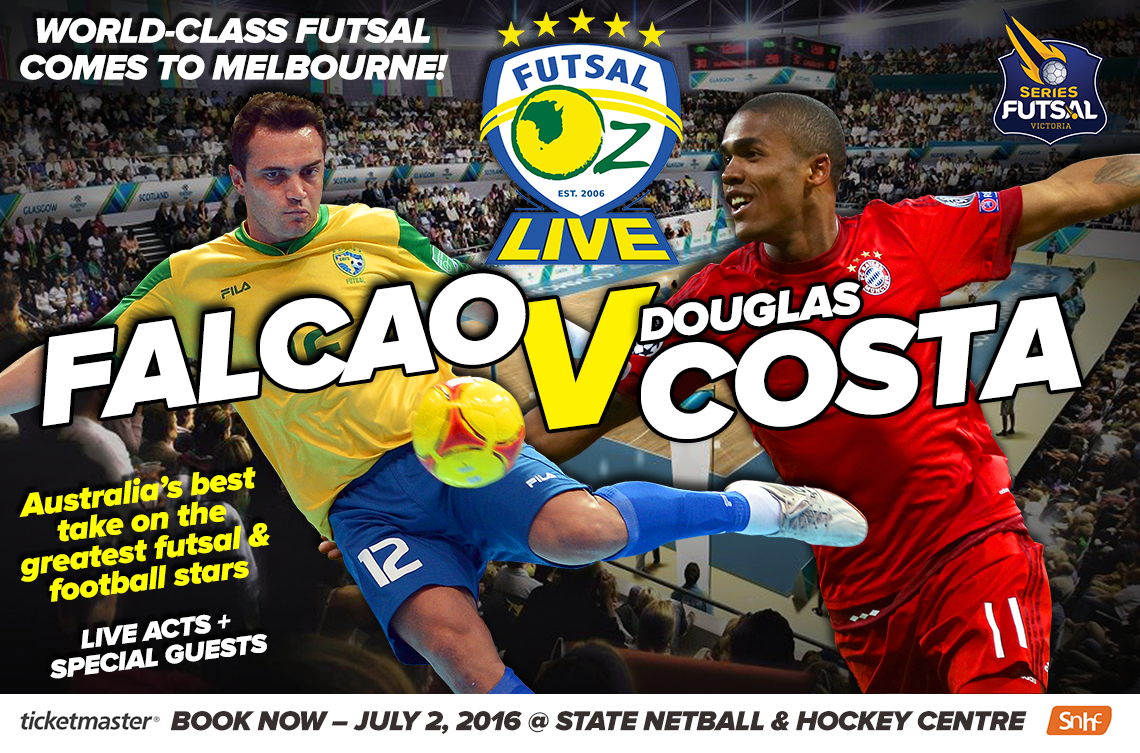